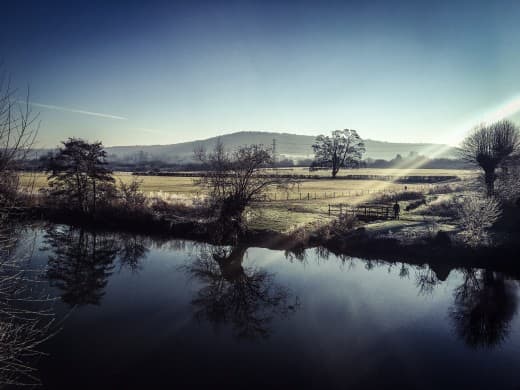 This letter, below, was sent to all Bath Councillors, Bath’s MP, UNESCO, Historic England and the Bath Preservation Trust

We, the undersigned, are concerned about the council’s seemingly blind support for a Park & Ride on the historic Bathampton Meadows, for which the council have consistently failed to provide any demonstrable need.

The overriding planning consideration enshrined in the NPPF states in para 132 that substantial harm to a World Heritage Site should be wholly exceptional. The green setting of the World Heritage Site is an integral part of the Georgian townscape according to UNESCO, and features in all three criteria for WHS inscription.

An east Park & Ride would inflict harm, which the Bath Preservation Trust argues would be substantial, to the World Heritage site by destroying the very significant relationship between the city and its green open landscape setting in the east of the city. According to the NPPF, local authorities should refuse consent for schemes which will lead to substantial harm unless the harm ‘is necessary to achieve substantial public benefits’.

B&NES has conspicuously failed to demonstrate that there are any substantial public benefits to this scheme. The requirement to justify the ‘need’ for an east Park & Ride site is a primary consideration, and one that has not so far been fulfilled.

Contrary to the Council’s statement to Cabinet (para 8.1, p35) the Inspector did not accept that need has been established but said that it would be necessary to establish need prior to a site being brought forward. A site has now been brought forward, without the council demonstrating this need.

Compelling current national and international academic research and credible statistical evidence from local organisations show that a Park & Ride in the east of Bath will not produce the public benefit to outweigh the substantial harm.

Therefore, at present, there is neither convincing justification nor any indication of the level of public benefit (as required in ST6). In summary, this scheme is contrary to both national and local policy. The majority of Bath residents also do not want the eastern Park and Ride on this site.

The Council now admit themselves that an East Park & Ride will do little or nothing to improve congestion on the London Road, and thus in turn to improve air pollution.

Demand for parking in Bath rarely exceeds supply, except during the Christmas market, so a provision for peak days should be made, not year round over-provision.

The Council’s own forecast projects that an east Park & Ride will only reduce London Road traffic by 5% by 2029, and it may increase congestion on the main eastern routes and in east-of-Bath rural areas as more people use their cars to get to the Park & Ride rather than use public transport.  In addition to this, the main A4-London Road into Bath will continue to be heavily used by A46/A36 through traffic (including HGVs) and by local residents and the school run, all of which are not the expected users of a new Park & Ride.

Local resident car use will continue to clog up our roads until they are incentivised not to drive into the centre via better and cheaper public transport or by some form of congestion charging. In addition, rural public transport services will actually decrease as demand is impacted by the Park & Ride.

Since congestion will not improve, there is no case for any improvement in air quality or reduction of emissions.  Local resident car use will continue, and additionally there is evidence to suggest that Park & Rides encourage people back into their cars to drive to a Park & Ride, producing a net increase in pollution, especially in the sensitive areas around Bathampton and Batheaston that are already close to national poor air-quality limits. Compulsory low emission zones incentivising less polluting cars would be more effective.

We also believe that, contrary to what the Bath Chamber of Commerce hopes it will achieve, this Park & Ride will not improve connectivity to support business growth. ‘Predict and provide’ models of transport provision have been shown to attract and encourage further car use. Surely ‘future proofing’ means looking to innovative future sustainable transport solutions and encouraging people out of their cars?

Both sites B and F have serious flaws as viable options because of their visibility in important long views, openness and their significant role as the green setting of the eastern part of the World Heritage Site. The harm to these valued qualities, as well as to the natural environment, would be substantial, and we cannot see that any screening would either be appropriate in a context that is open, flat grassland or sufficiently mitigate this harm.

In summary, there is poor evidence of need for this Park & Ride, little evidence of public benefit, undisputed evidence of harm, inconsistency of approach by B&NES in terms of city-centre parking, and a worrying lack of vision and innovation.

The East of Bath Park & Ride is an expensive, divisive, diversionary white elephant, necessitating significant borrowing on the part of the council –  investment which could be better spent on demand management measures. We urge the Council to think again.