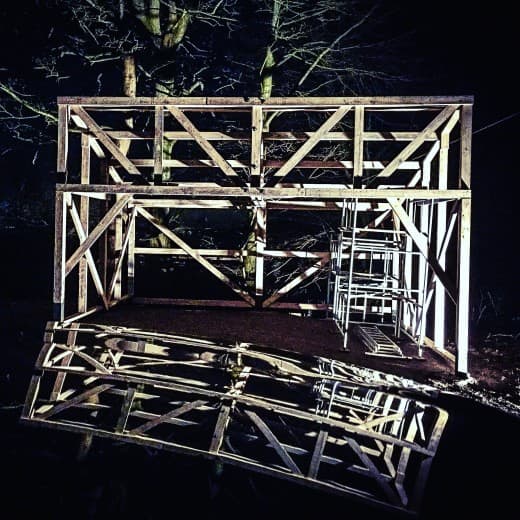 The structure of our ‘Ghost Barn’ project is now complete, using timber grown and milled by ourselves. Translucent envelope to follow. 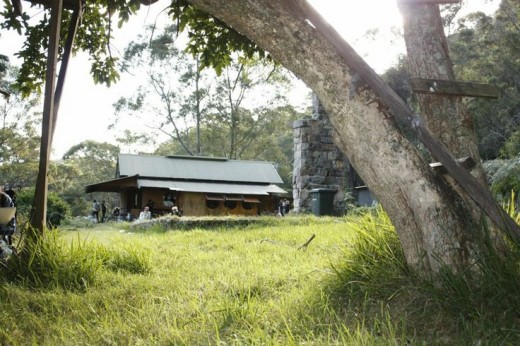 I’ve been wondering recently why as a country, we’re all so desperately conservative when it comes to our domestic buildings. I don’t mean in terms of tradition, taste or style – but in the way that the building works.

There’s a typology that has evolved over the last few hundred years that is pretty much the default choice for everybody. This is a house that has basically the same accommodation in it – just configured differently. There’s usually a formal entrance, a living room, kitchen (which, if you’re feeling radical, may be in the same space), a series of bedrooms for individual occupancy, and a bathroom or two.

Bigger houses are generally more of the same, and while there may be many conversations about finishes and fittings, there’s almost no conversation about the principle of a dwelling, and little rethinking of the set of conventional spaces that appear to be beyond question.

Without doubt, the most profound experience I’ve ever had in architecture was going to see a house by the infamous architect Richard Leplastrier in Lovett Bay, just north of Sydney in 2001, and it is a house I think about almost daily.

I’d been in Australia for a few weeks, visiting old friends and looking at a series of supposedly good houses, before I went to see Richard’s house. The other houses that I’d seen just before visiting this one were all award-winning houses – but were all variants on the same theme – just configured differently.

Richard’s place was already special by virtue of the journey needed to get to it – by rowing boat. It was a glorious relief to discover that there was someone that was prepared to go beyond the terrible tyranny of assuming that he needed to be able to park outside his house. Instead, Richard embraced a 15 minute rowing boat ride across the water to the land, which he, his partner and his kids would do every day.

Much as I’m interested in the technology of vehicles, domestic architecture is unquestionably throttled by the dominance and abhorrence of the awful patch of tarmac, which constitutes a driveway and a double garage outside the front door.

On arrival at Richard’s jetty, there was a short steep walk up through bush land to his house. I call it a house, but the celebrated novelist Peter Carey who wrote a chapter of one of his books about this house called it an ‘extraordinary campsite’. Another architect – Glenn Murcutt – called it ‘like a swiss watch, just an exploded one’.

There was no door to speak of – just a deck that you stepped up on to, and of course no front door – just a series of plywood flaps that opened up on a series of beautifully inventive hinges and struts, through which you could enter – although much of the living was done outside, irrespective of the weather.

There were no rooms to speak of either – just one big open space for all domestic purposes, and from where Richard ran his office. There wasn’t even any furniture to speak of – just one drawing table and Richard’s mother’s old rocking chair in the corner. There was a series of built in window boxes, in which one could sit – but most of the living was done on the threshold out onto the deck, where there were a series of beautifully generous steps, that encouraged sitting and lingering. Not that this was a family that did too much lingering – the kids were all rattling around, without anyone asking them to tidy up or keep quiet. Here was a house that encouraged life – not throttled it like most banal and sanitised contemporary buildings.

The bed, such as it was, was a mattress that the family of 5 would pull down from the exposed ceiling joists at night, and all pile on to. The dunny was across a little plank bridge in the bush, and the kitchen a makeshift affair under the verandah.

Every part of it was acutely beautiful and constructionally brilliant – from an architect who had spent much of his life making timber ‘skiffs’ in which to plough the waters around Sydney. But irrespective of its beauty, the house offered an extraordinary different vision of living, which went way beyond the same series of spaces from which most of us use as a starting point.

What’s also curious is that Richard’s way of life is that this is how many of us lived up until relatively recently in social history, and was considered the norm. Certainly, up until the middle ages and beyond, families lived in one space, with little privacy. Now, though, despite patterns of work and living having changed dramatically over the last few hundred years, we’re typically unable to reconsider our dwellings from first principles.

This, of course, is a shame – and this means that most of the design conversations around houses in this country are limited to issues of shape, colour and taste, and consequently they’re pretty boring. The conversation needs to move on now, and houses need to change, adapt and evolve. They need to challenge basic assumptions of how we live, and suggest alternatives.

At present, alternative models of domestic space are really only considered by a few progressive architects, and this needs to change and enter the mainstream. More than anything, domestic architecture should be progressive and idealistic, and not default to received norms. The tragedy is that the model of living that is rammed down our neck by mainstream house builders is a cynical one that they know will sell, as there’s little alternative. As a community interested in self-build, we all have an obligation and responsibility to challenge this. 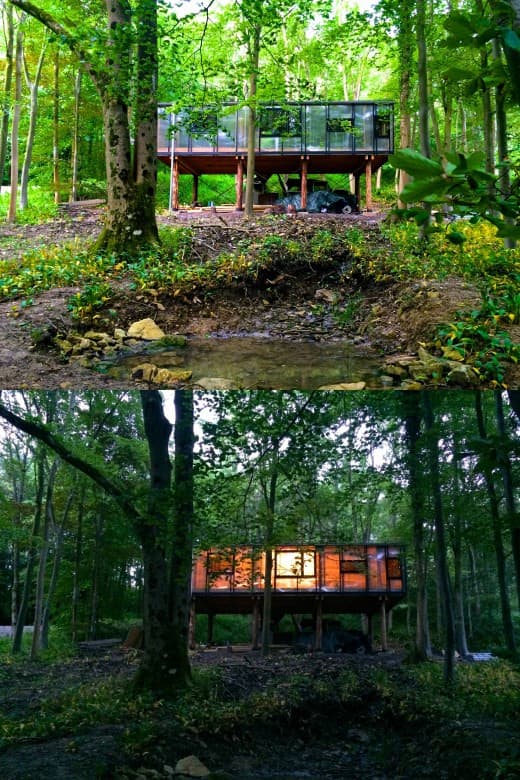 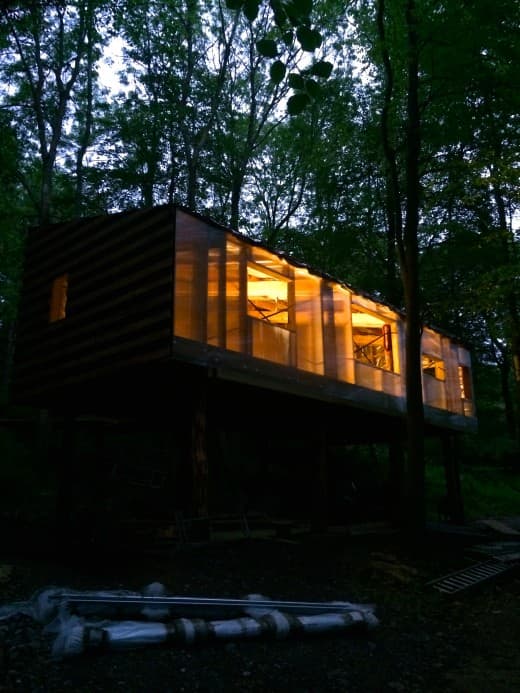 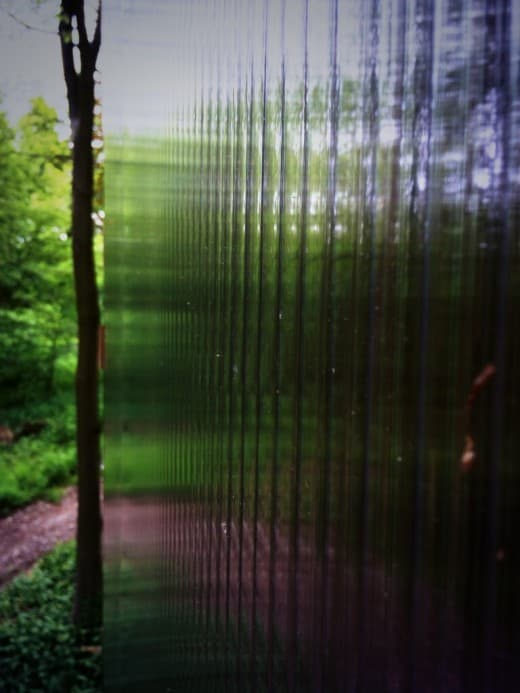 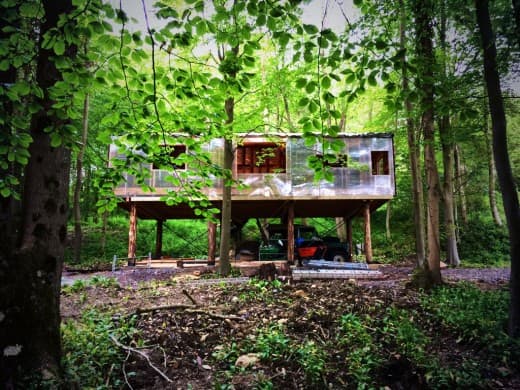 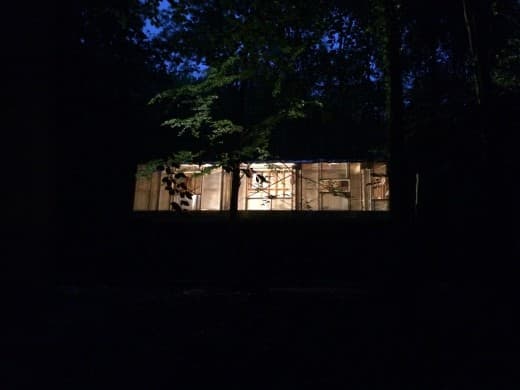