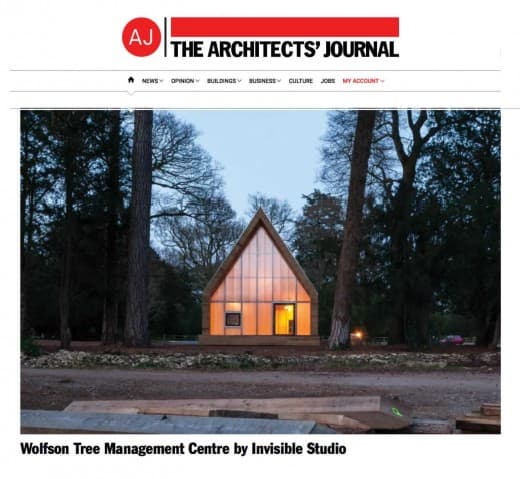 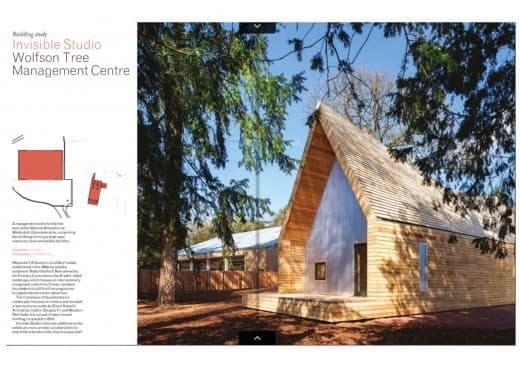 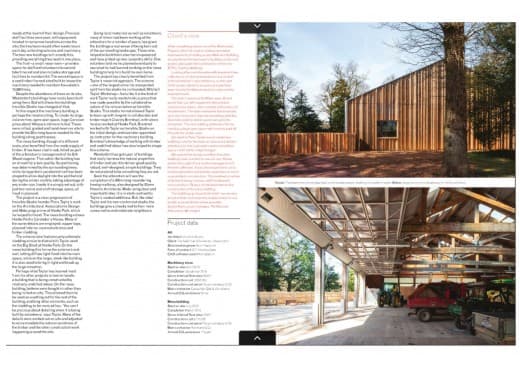 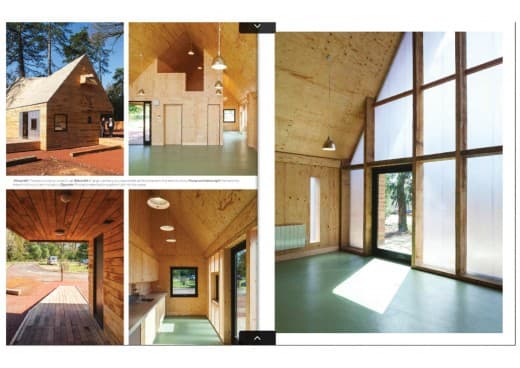 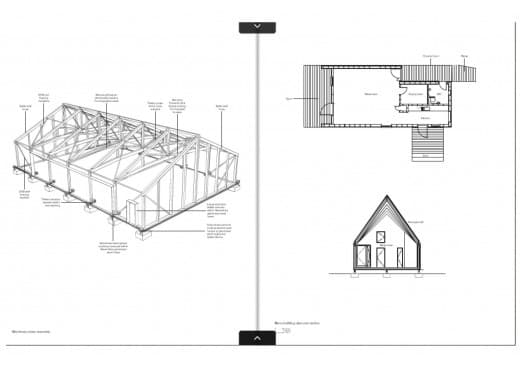 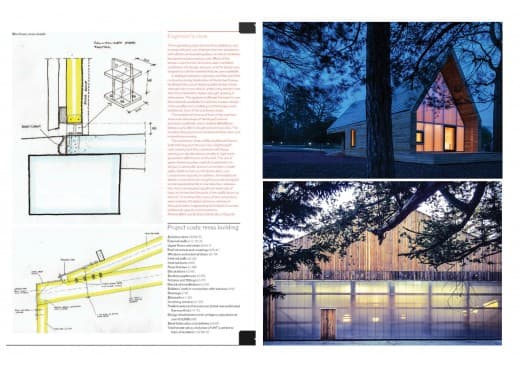 “Westonbirt Arboretum is a 2.4km² estate, established in the 1850s by wealthy landowner Robert Holford. Now owned by the Forestry Commission, the Grade I-listed landscape, which houses an internationally recognised collection of trees, has been the subject of a £4.3 million programme to regenerate the visitor attraction.

“The first phase of the arboretum’s masterplan was mainly focused on visitors and included a new welcome centre by Glenn Howells Architects. Clad in Douglas Fir and Western Red Cedar, the curved timber-framed building completed in 2014.

“Invisible Studio’s two new additions to the estate are more private. Located at the far end of the arboretum site, they are staff-focused and have their needs at the heart of the design. Previous staff facilities were poor, with equipment located in numerous places across the site; the tree team would often waste hours each day collecting vehicles and machinery. The two new buildings will change this, providing everything in one place.

“The first – a tiny mess room – provides space for staff and volunteers to eat and take time out while also including storage and facilities to maintain kit. The second space is a vast timber-framed shed built to house the machinery needed to maintain the estate’s 15,000 trees.

“Despite having an abundance of trees on its site, Westonbirt’s buildings have rarely been built using them. But in these two buildings Invisible Studio has turned that around.

“In this respect the machinery building is probably the most exciting. To create its large column-free open-plan space, huge Corsican pines, around 140 years old, were felled. These were then milled, graded and hand-hewn on site to provide the 20m-long beams needed for the building’s king post trusses.

“The mess building, though of a different scale, also benefited from the timber readily available on the woodland site. It has been clad in oak, felled as part of the arboretum’s tree management of its Silk Wood coppice.

“This little cabin-like building has an almost fairy-tale quality. Its location was determined by the surrounding trees beneath which it nestles, while its hyperbolic paraboloid roof has been shaped by the winter sun; it was designed so that during the winter months it would allow daylight into the yard behind. Inside it is simple with just two rooms and a loft storage space, all lined in plywood.

“The project is a clear progression of Invisible Studio founder Piers Taylor’s work on the Architectural Association’s Design and Make programme at Hooke Park, which he helped to found. The mess building echoes Hooke Park’s Caretaker’s House. Many of the same details are employed: the copper taps, plywood interior, covered entrance and timber cladding.

“The scheme also features polycarbonate cladding similar to that which Taylor used on the Big Shed at Hooke Park. On the mess building this forms the scheme’s end wall, letting diffuse light flood into the main space, while on the larger shed-like building it is also used to bring in light and break up the large elevation.

“Perhaps what Taylor has learned most from his other projects is how to handle a building that is being constructed by relatively unskilled labour. On the mess building, battens were bought in rather than being milled on site. This allowed them to be used as a setting out for the rest of the building, enabling other elements, such as the cladding, to be more ad hoc. ‘You can’t be precious about detailing when it is being built by volunteers,’ says Taylor. Many of the details were worked out on site and adjusted depending on the natural properties of the timber and the construction work happening around the site.

“Using local materials as well as volunteers, many of whom had been working at the arboretum for a number of years, has given the buildings a real sense of being borne out of the surrounding landscape. Those who helped to build them also feel empowered and have picked up new carpentry skills. One volunteer told me he planned to use what he had learned working on the mess building to eventually help him build his own home.

“The project has clearly benefited from Taylor’s maverick approach. The scheme – one of the largest since his unexpected split from the studio he co-founded, Mitchell Taylor Workshop – feels like it is the kind of work Taylor really wants to do; a piece that was made possible by the collaborative nature of his reincarnation as Invisible Studio. This studio format allowed Taylor to team up with long-term collaborator and timber expert Charley Brentnall, who he also worked with at Hooke Park. Brentnall worked with Taylor as Invisible Studio on the initial design, and was later appointed as contractor for the machinery building. Brentnall’s knowledge of working with timber and unskilled labour has also helped to shape this scheme.

“Westonbirt has got a pair of buildings that really harness the natural properties of timber and use it to deliver good quality, robust, well-designed simple buildings. They do not pretend to be something they are not.

“Soon the arboretum will see the completion of a 300m-long meandering treetop walkway, also designed by Glenn Howells Architects. Made using steel and imported timber, it is in stark contrast to Taylor’s modest additions. But like rebel Taylor and his non-conformist studio, the buildings give a cheeky nod to their more conservative and elaborate neighbours.”