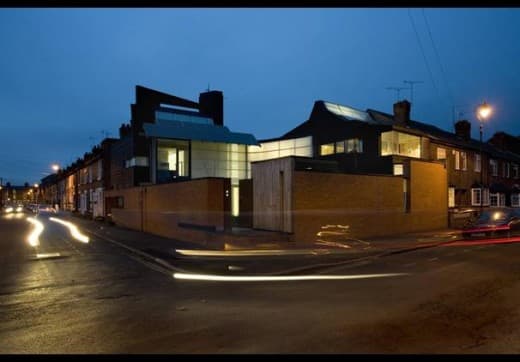 Recently, I went to film the Marsh House in Nottingham by Marsh:Grochowski for the next series of ‘The House That £100k Built. The house completely bowled me over – more so than almost any other house I’ve seen. I’d known the house through photographs in journals, but seeing it in the flesh made me realize what a truly remarkable building it is. In almost everything the house does, there is an extraordinarily lesson for domestic architecture.

The house is is Julian Marsh’s  own, and where he lives with his partner artist Jude Liebert, and Jude’s brief to Julian was ‘let’s just have a little flat, with loads of space underneath to make stuff’. Julian calls this space ‘indeterminate space’, and I think it is just about the most important space houses can have. It made me realise just how strangled we are by these terrible little room designations we are so quick to give our houses – the kitchen, the living room, and so on. What we all really need is indeterminate space, which we can use for anything we choose, and occupy differently as needs change, and seasons change. Really good spaces are defined by light, structure, scale, materials and views – not labels purporting to describe (and, usually, limit) function.

The big organizational strategy for the house is to group the living spaces around a south facing growing courtyard with a south facing unheated internal wintergarden cooling the internal spaces in summer and heating them in winter. The wintergarden is a pretty radical thing, as it contains all the circulation space and stairs, meaning that Julian and his partner have to go into an unheated space to get from their bedroom to their kitchen even in the depths of winter.

Having a brilliantly well considered environmental strategy means that the space will never drop below 12 degrees, even in the middle of a harsh winter, but it’s still a pretty radical proposal for living that flies in the face of the culture of sealing up buildings, where having one uniform and stable internal environment is now the norm. As well as every other strategy, the environmental strategy of the house challenges pretty much every building fundamental, and offers hope for those of us who feel strangled in red tape.

Natural ventilation featuers large in Julian’s house. There are clear and defined ventilation paths through the building, with windows, flaps and vent panels that need to be adjusted and operated – a little like sailing a yacht. Julian’s principle of using natural ventilation comes as a big relief for me, in an age where the culture of airtightness is becoming the norm. It is also a relief to see someone challenge basic assumptions, and find a method of using building regulations to support, rather than strangle, his vision.

One of the other fascinating things in Julian’s house is how he has used his environmental strategy to define much of the architecture, from the big picture of what the building looks like, how it is laid out, right the way through to the detail. The environmental strategy is visible in the overall form of the building (with it’s greenhouses on the roof, drawing air up through the house), but it is the detail, in particular, that is a real joy. In the wintergarden there is a sublime double height wall which acts as a heat sink – the wall is designed as a series of precast lintel ‘shelves’ with thousands of clear plastic bottles filled with water stacked on them. This is beautiful and decorative, but also highly functional. Water is thermally dense, and consequently all the bottles contribute to the thermal mass of the wall. Simple, low tech, cheap, and beautiful.

It is this kind of resourcefulness that makes the house sing. Freed from the tyranny of having conventional ‘bedrooms’ with his idea of indeterminate space Julian and his partner have a simple thick curtain they pull around the bed at night to keep the light out – and there’s masses of light, as Julian has a penchant for what he calls the ‘sneaked view’ – windows that are sneaked in where you least expect them in order to open up an unexpected view. The sneaked view is such a playful and fun idea, and this spirit of playfulness is everywhere in the house. 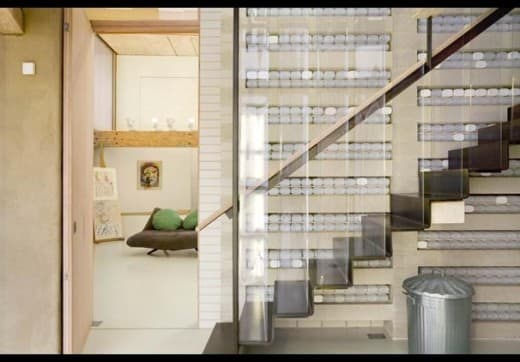 Julian knows the important of the materials that you touch, and consequently has invested time in door reveals, thresholds and simple posts for hand rails that are bound with the most perfect piece of coloured rope at exactly the point your hand falls. This means the remainder of the materials can be functional in the best sense of the word – all the thermally massive precast concrete soffits are exposed, as are the recycled timber ‘Parallam’ beams, and the plastic meat packing curtain balustrades.

The whole house made me wonder why on earth so many of us start with such a misguided idea about ‘rooms’ when we start to design – rather than wrapping an extraordinary series of spaces around an idea of how we might live. There’s a terrible and mean tyranny in estate agent speak that is used to describe houses, and if any of us aspire to beautiful and appropriate spaces that support rather than throttle the way we live, we must go beyond narrow presumptions around domestic space.

We also need to go beyond Building Regulations. So often I hear the excuse ‘Oh, Building Regulations won’t let me’ as an excuse not to try something interesting, but as Julian has shown, there is usually a way round regulations, which are there more for guidance than anything else, and are certainly not design tools. It is this spirit of navigating around obstacles and problems that leads, as Julian has shown, to interesting solutions, and it is this spirit that I encourage self-builders to embrace. Dream up the spaces you most want to live in, and then find a way to use regulations to support, not throttle your vision. 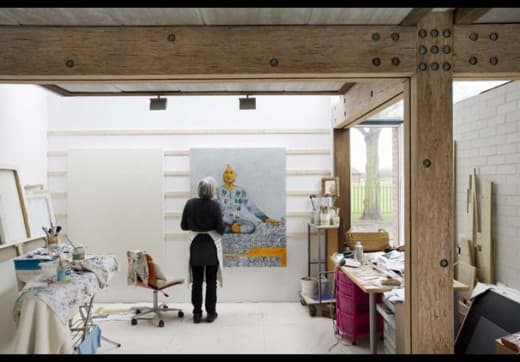 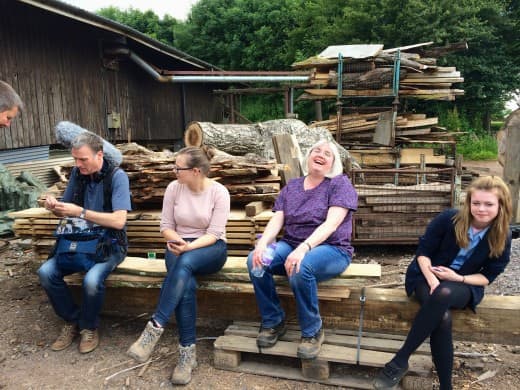 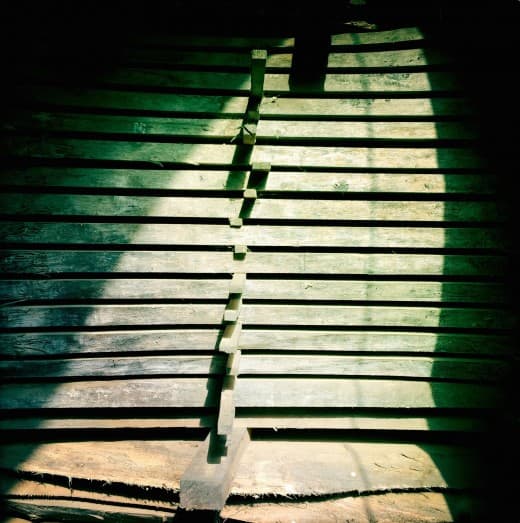 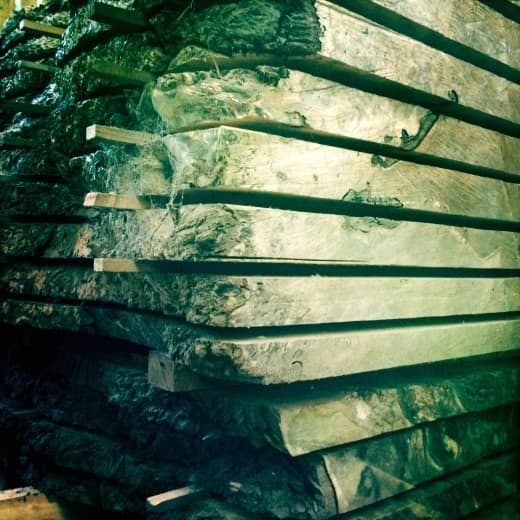 Spent an afternoon filming at Interesting Timbers, near Glastonbury. The most amazing timber yard I’ve been to. Burr Elm, Walnut, Chestnut, Ash, Oak, Yew – all in stick. My favourite place of the year so far. It was also where the frame for my house was made 10 or so years ago… 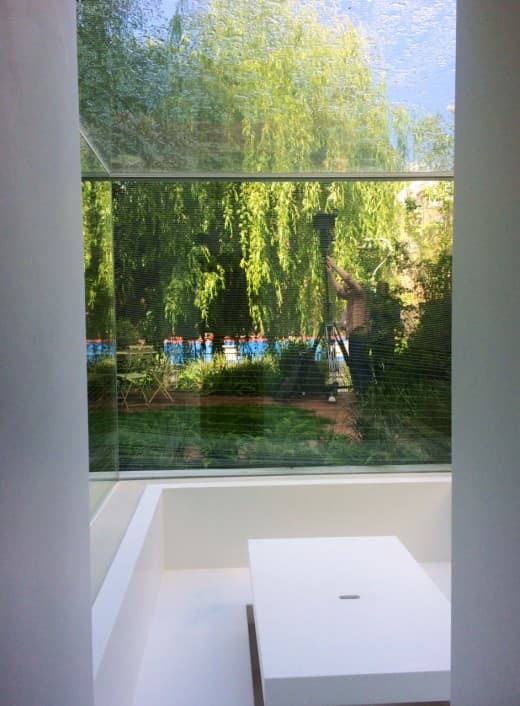 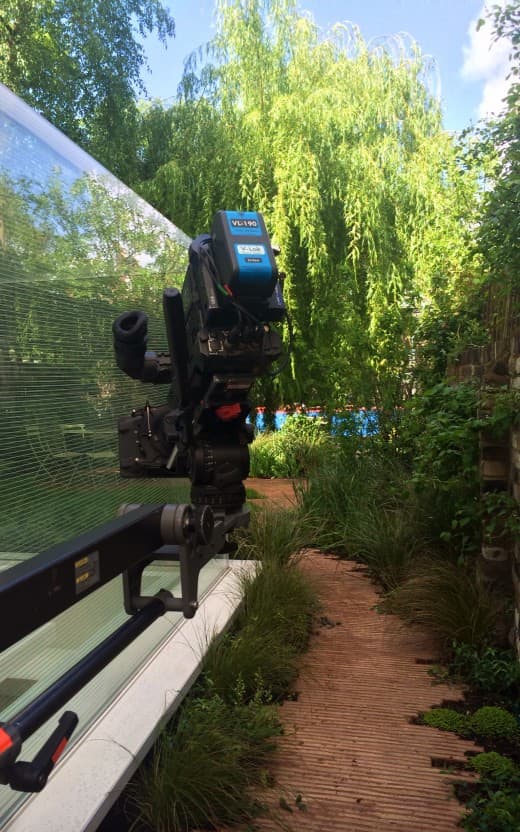 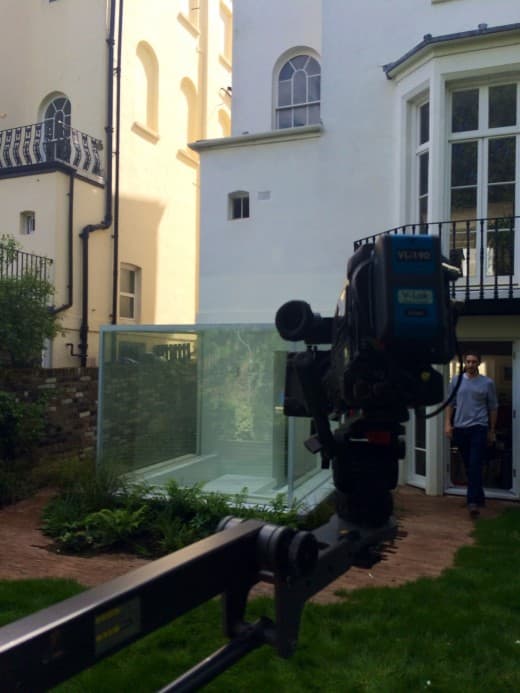 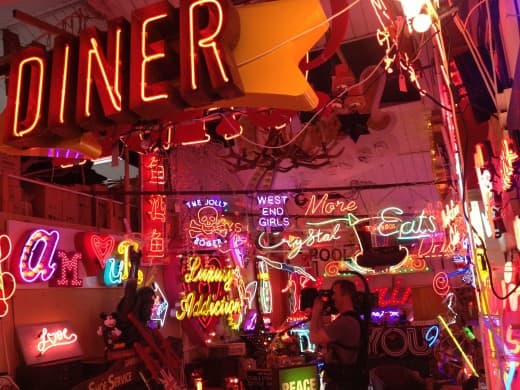 Right Back At You, Rory.

Rory Olcayto makes a good point in the AJ (25 Sept) about the state of the profession. Much of what many of us ever get to do is ‘fiddle round the edges’ and limit damage, hoping we can smuggle some architecture in when no one’s looking. Most of what I’ve done for 20 years or so is fiddling around the edges, because that’s the bread and butter of small practice – you take what comes and try to make the most of it. I suspect the AJ is pretty immune from what the reality of small practice is for many of us who need to earn a living from what we do.

There’s a curious snobbery in the profession, though, that we’re supposed to be having a certain type of conversation, with a certain type of people. People that get ‘architecture’. I’ve been part of this conversation, and there’s not much there. I’ve sniggered too, at those poor ordinary people, those poor people who don’t speak our language. I’ve sniggered too at Grand Designs and all those makeover shows in the past, worried that it’s dumbing down this great profession of ours. I’ve been horrified too at the commodification of our profession, where our divine wisdom can be bought and sold or, worse, bestowed on ordinary people. I’ve run appalled and tainted back to the comfort of my ivory tower. It’s a pretty scary world out there Rory, and I’m with you, up to a point. Much better to put our blinkers on and pretend that we’re doing something significant or worthwhile because, well, it’s architecture, innit?

But more recently, in the desire to escape from this rarified world, and bored of all the conversations I was having, I’ve been wondering if there was a different type of conversation to be had. One that moved away form the hallowed pages of the journals or the vainglorious academic institutions, into (whisper it) the mainstream. I’ve started a conversation that attempted to engage these ordinary, non design literate people. I was interested to know if I was able to have a conversation that could be had on their terms, not mine. This is the conversation we’ve been having in £100k house, and by god, I can tell you, it’s a shed load more interesting that most of the conversations that I’m supposed to be having.

I’ve seen first hand how making the most modest change to a poor piece of design can transform a building for the owners. I’ve seen the cynical shit that most of this country are fed by their draftspeople, and I’ve seen first hand the extraordinary transformation in the quality of these people’s lives that can be made by a few small changes. I’ve seen how people can become empowered through taking control over their environment and making their house moderately better. Yup, I’ve had to swallow my pride, but many of us forget that architecture is something that the significant majority of this country are allowed no access to. The only thing that stops them from exposure to architecture is us. If I can possibly help change that in any way – well, that feels pretty good.