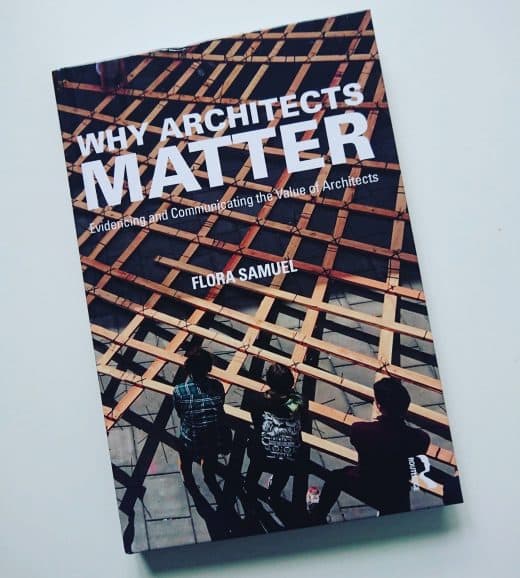 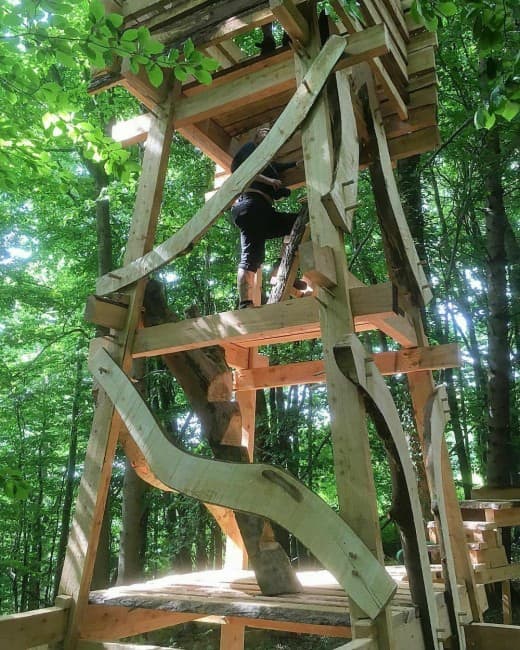 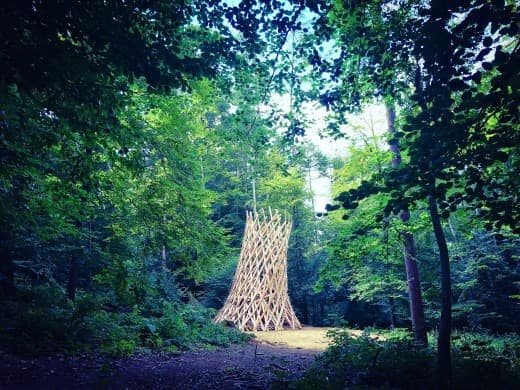 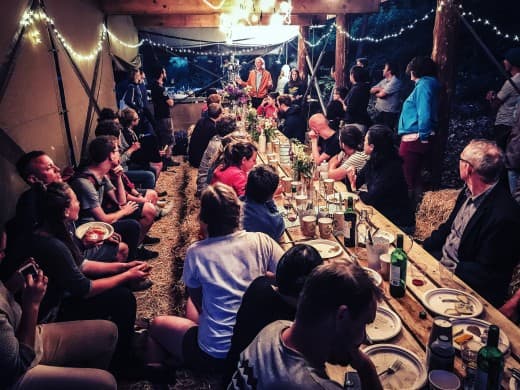 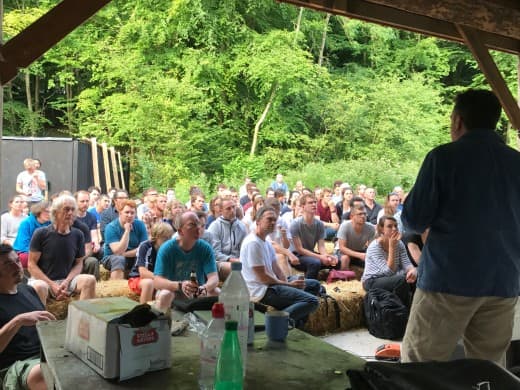 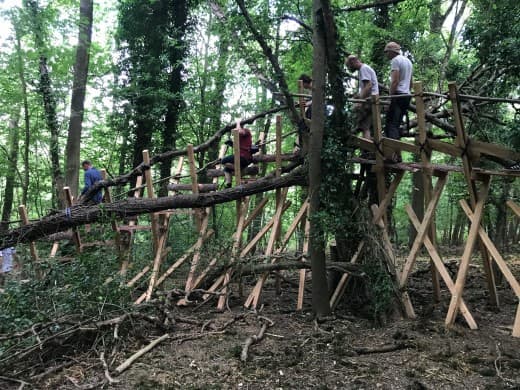 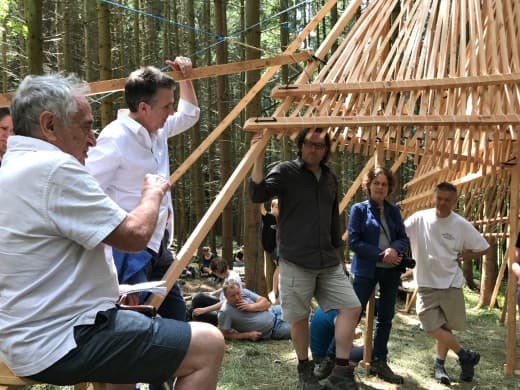 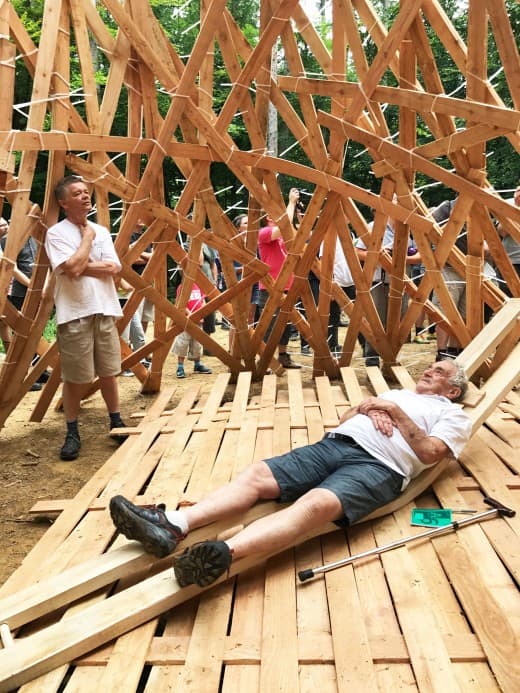 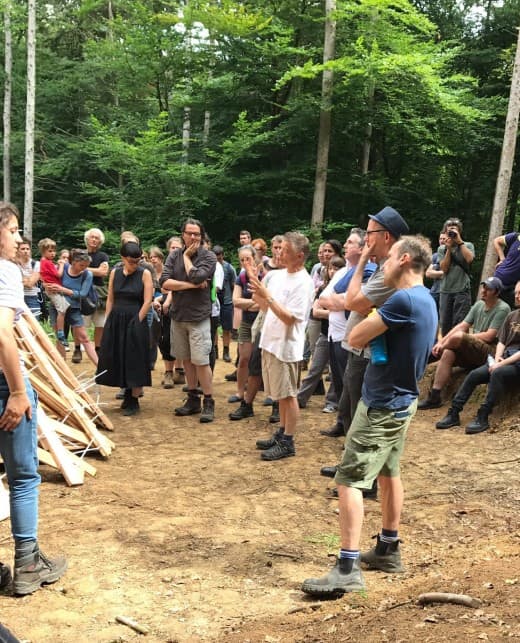 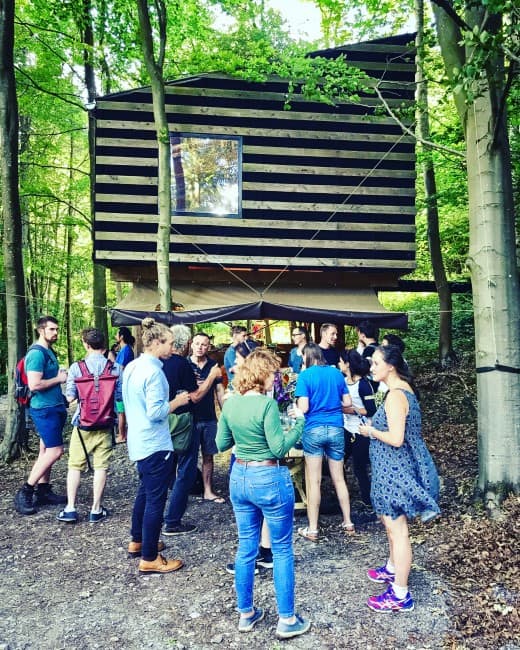 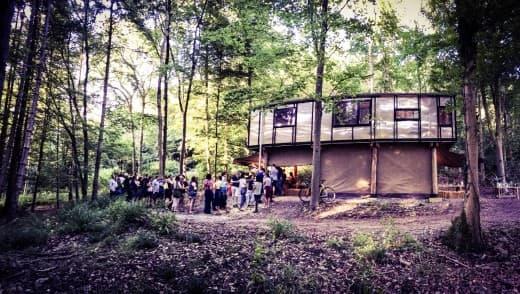 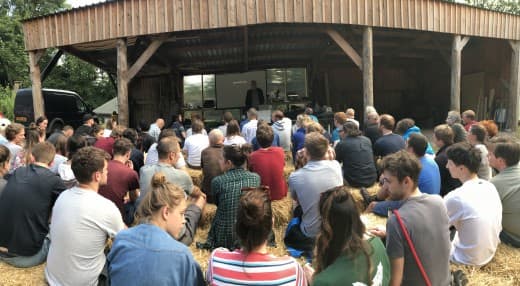 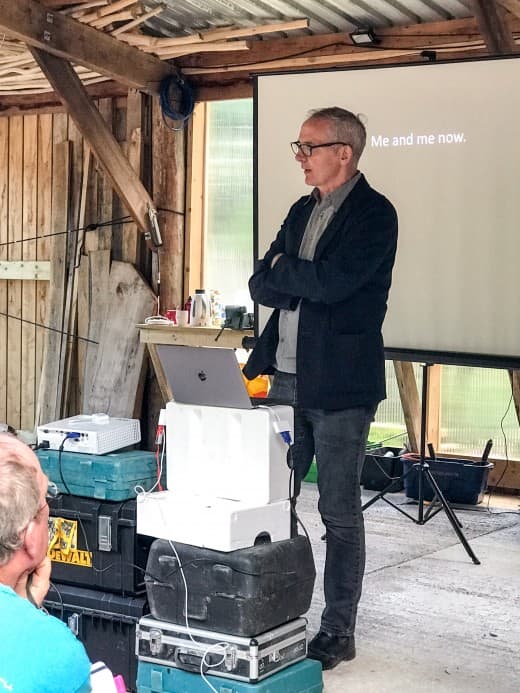 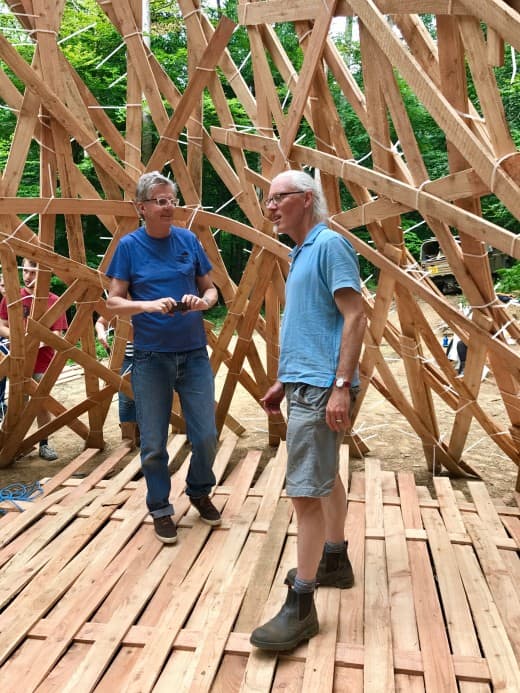 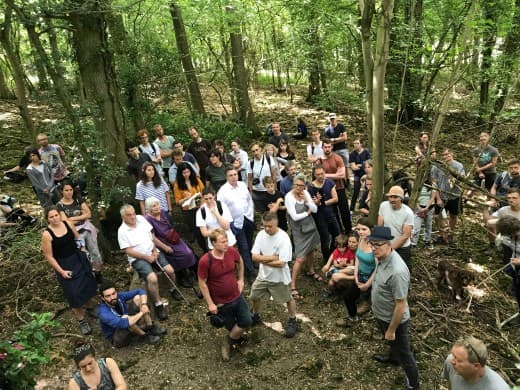 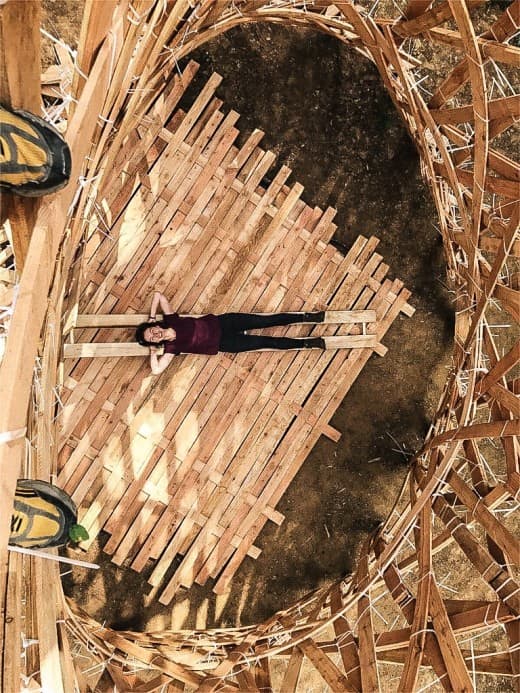 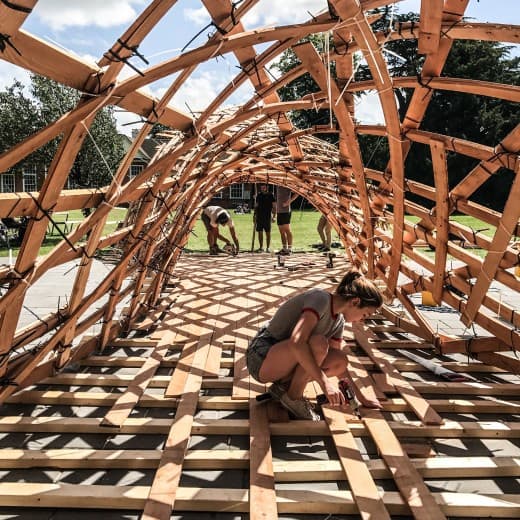 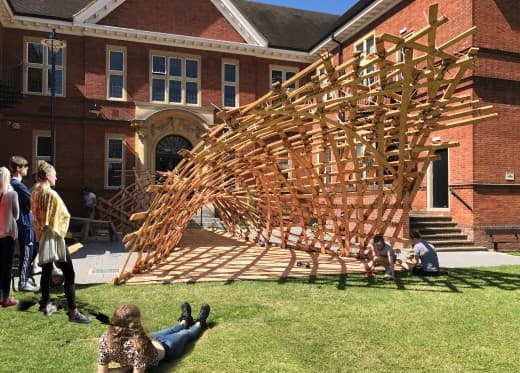 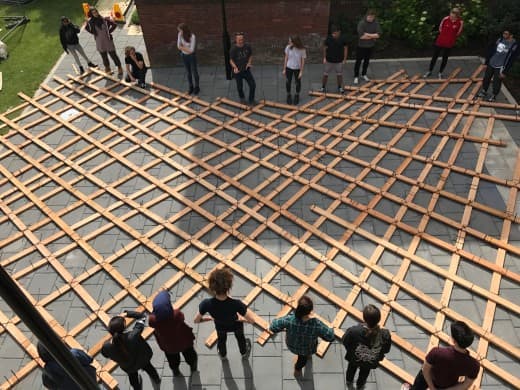 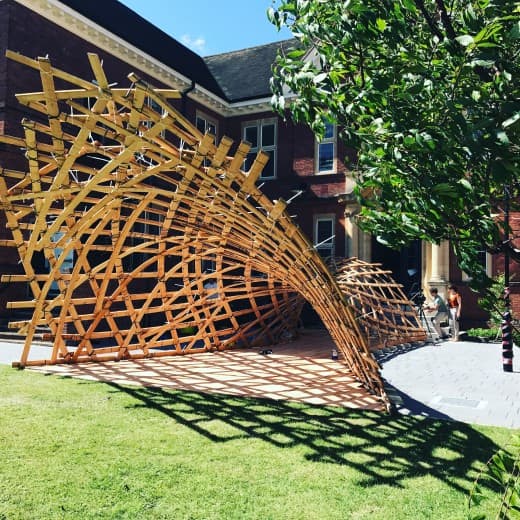 Invisible Studio was commissioned by the new school of architecture at the University of Reading to work alongside 40 1st year students and run a participatory design / make workshop to construct a pavilion for the end of year show.  The PreCursor project was built without mechanical fixings, or working at height, or any tools and the whole project was carried out in 5 days including the design and construction, and used ‘same section’ 15mm x 100mm unseasoned home grown larch throughout from the woodland that Invisible Studio manage alongside practice. The entire structure – a ‘dry laminated’ gridshell is bound together with cable ties, enabling the structure to be dismantled in 1 day by 2 people and the timber reused by the university for a similar project next year. 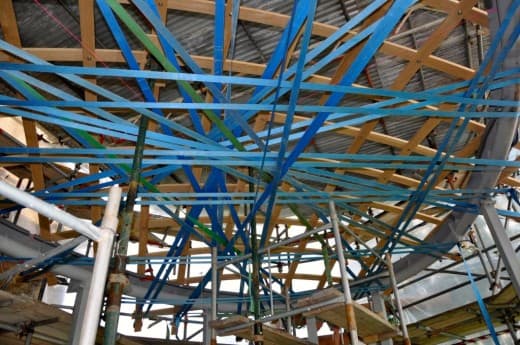 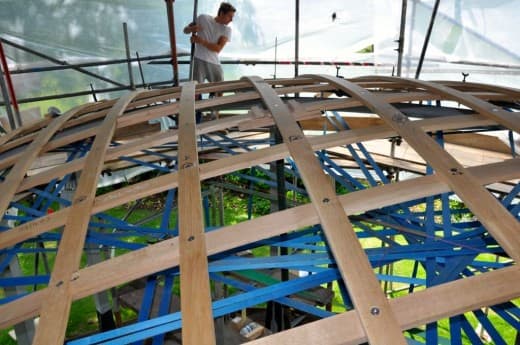 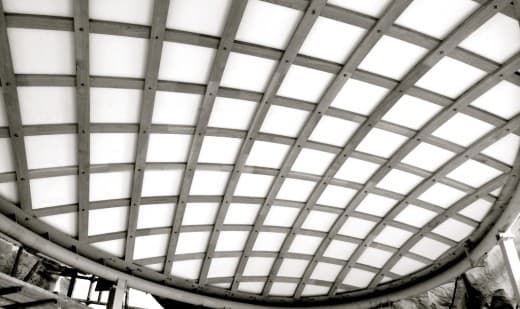 Our first timber gridshell finally on site, being constructed by Charley Brentnall, and engineered by Buro Happold. Top pictures of all temporary strapping to ‘hold’ the geometry, and bottom picture of completed shell, with ring beam and structural ply top layer in place.