The Modern Timber House in the UK 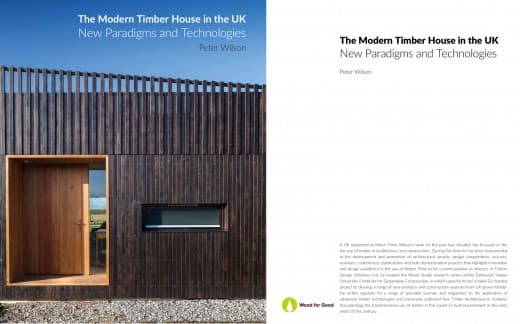 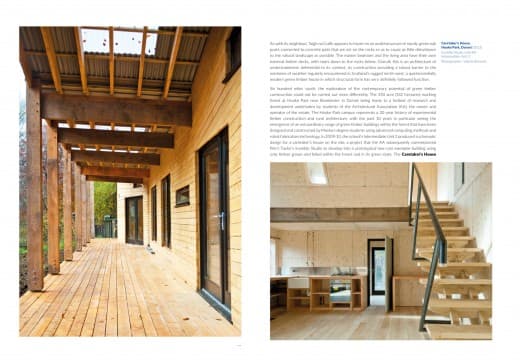 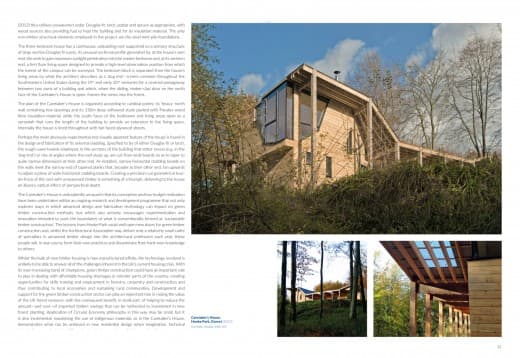 We’re very pleased that the Caretaker’s House which we designed with AA Intermediate Unit 2 features in a new book which has been published celebrating the many ways in which different timber technologies have been used in residential design and construction over the last 10 years and the technical innovations that are now shaping the future of UK housing.

‘The Modern Timber House In The UK’ was commissioned by Wood for Good, in collaboration with the Forestry Commission Scotland and written by architect and timber building expert Peter Wilson.

The book looks at housing in the years 2007 to 2017, starting just before the major economic crash and ending with a look at how the Farmer Review, ‘Modernise or Die’ published earlier this year, will impact on the future of housebuilding.

Key issues around affordability, finance, planning and sustainability are addressed across 14 chapters, with examples of how timber products are used to deliver new forms of housing to very high standards of construction, energy efficiency and environmental responsiveness.

Housing – Same Again? No thanks 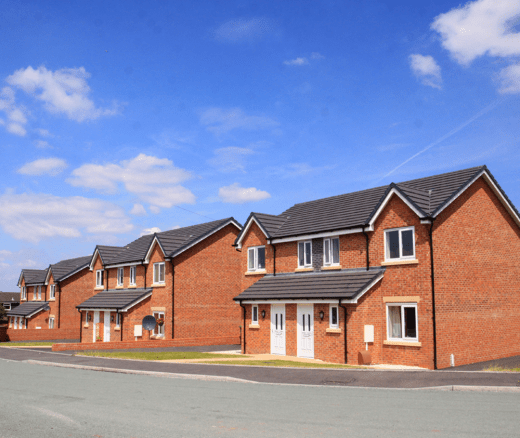 Same again? No thanks.

I’ve been thinking a great deal about housing recently, and Simon Jenkins’ article in the Guardian hit the nail on the head. I have no problem with Planning Minister Nick Boles’ call for 100,000 new houses every year – I just take issue with how and where he wants to build them. Boles wants to build more dim-witted low density car dependent housing estates, and his solution to finding land for them is not to add density and a finer grain to existing towns and villages or build on brown field sites (of which there are more than any point in history), but instead he proposes to free up Green Belt land for building.

It’s staggering that it hasn’t occurred to him that there might be a different way, or a better way. Staggering that he hasn’t realised how these banal land hungry estates delivered by lazy and risk averse developers are destroying much of the landscape of the UK. It’s curious that new ministers feel that they need to peddle a big and sound-bitey idea without having the foggiest idea what they’re talking about. We need to be far cleverer about where we build, and the mix, layout, density and zoning of new developments – yet far less protectionist about the actual buildings, where we should be encouraging huge diversity and individual freedom of expression.

Worryingly, local council members are often to blame for the poor quality of so many housing developments. We’ve had instances where they will not support higher density, lower cost housing schemes at planning – as they are under pressure from voters locally who perceive that this type of housing will devalue their own houses. Just one of the many reasons, I guess, that I’m not terribly in favour of the vacuous localism bill – as it will be one of the many things that ensures that housing doesn’t get better. 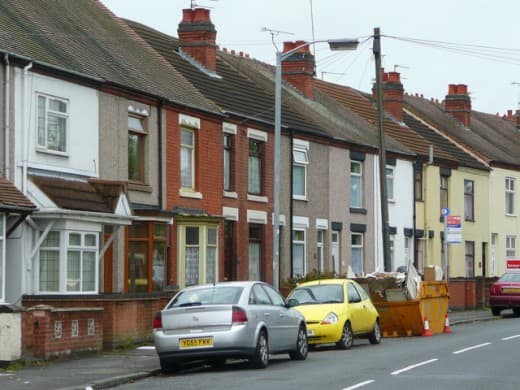 It really isn’t rocket science (above). We used to do it so well. The straightforward fabric of many British towns and cities – up to the point that developers decided they knew better.